Siege of Danzig 1807 and it’s consequences. 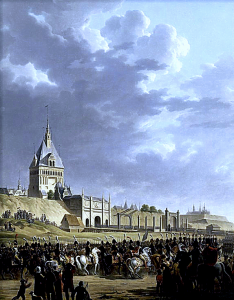 Did you know that Gdańsk, known as Danzig in German, was a free city not once, but twice! The Siege of Danzig in 1807 has opened the new, French chapter in Gdansks history. The first Napoleonic Free City of Danzig 1807-1813.

Gdansk or Danzig was one of the biggests fortress by the Baltic Sea. Siege of Danzig was a huge military operation. Almost 30 000 French, Polish and Saxon troops besieged 14 000 Prussian troops between March and May 1807.

Liberation of Danzig and proclamation of Free City of Danzig was a consequence of Napoleon’s victory over Prussia. This victory included the siege of Danzig and Gdańsk gained its autonomy under French governance and occupation. 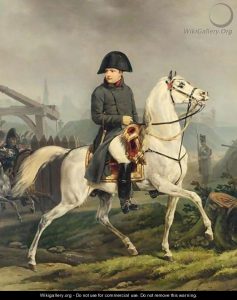 Napoleon used to say: Danzig is the key to everything

Prussian Danzig capitulated on 24 May 1807. The number of casualties and looses overall was more than 10 000 soldiers. One week later Napoleon came to Danzig on the 1 June 1807 and stayed here only for a few days. The new republic was officially proclaimed on July 21st, 1807. To be honest, it is a period of French occupation and extremaly high taxation. The necessary to support the Napoleonic war machine was an argument in favour of this view.

Life in the city under French rule, was difficult. Over 64,000 citizens, living on 478 square kilometers of land, struggled with deteriorating economic conditions and the demands of paying for the French garrison in the city. Almost each family had to host french offcers or regular soldiers. They had to pay all expences of French guests as well. Trading houses were bankrupting one after the other, with only four remaining in 1809. The main reason was the Continental Blockade which has stopped trade between Danzing and England. The number of innhabitants has dropped to 15 000 citizens including soldiers in 1813 during next siege of Danzig.

In my opinion the period between those two sieges was the most tragic time for the city in its history. Gdansk citizens suffered and thousands died because of epidemics and hunger.

There are still French fortications existing in Gdansk Hagelberg fortress. If you want to explore the time when French troops ruled Danzig, check my special package tour the Napoleon Tour in Gdansk.

This is a 1 or 2 day private tour. If you want to expand the program, just let me know. The dates are open so you can suggest the date fits you best. Feel free to contact us and set the details of your private Napoleon trip in Gdansk.