Gdansk is on of the oldest cities of Poland. The first medieval stonghold was founded for more than 1000 years ago. Right from the beginning Gdansk was the most important Polish harbour on the Motlava and Vilstula rivers.

History of Gdansk, late Middle Ages. Between 1308 and 1457 Gdańsk was also a part of the Teutonic State dominion. It was after the Order took then the region of Pomerania from the Polish king. A history of a complicated nature of relations between the then Gdańsk citizens and the monks makes a great material for a Medieval thriller. 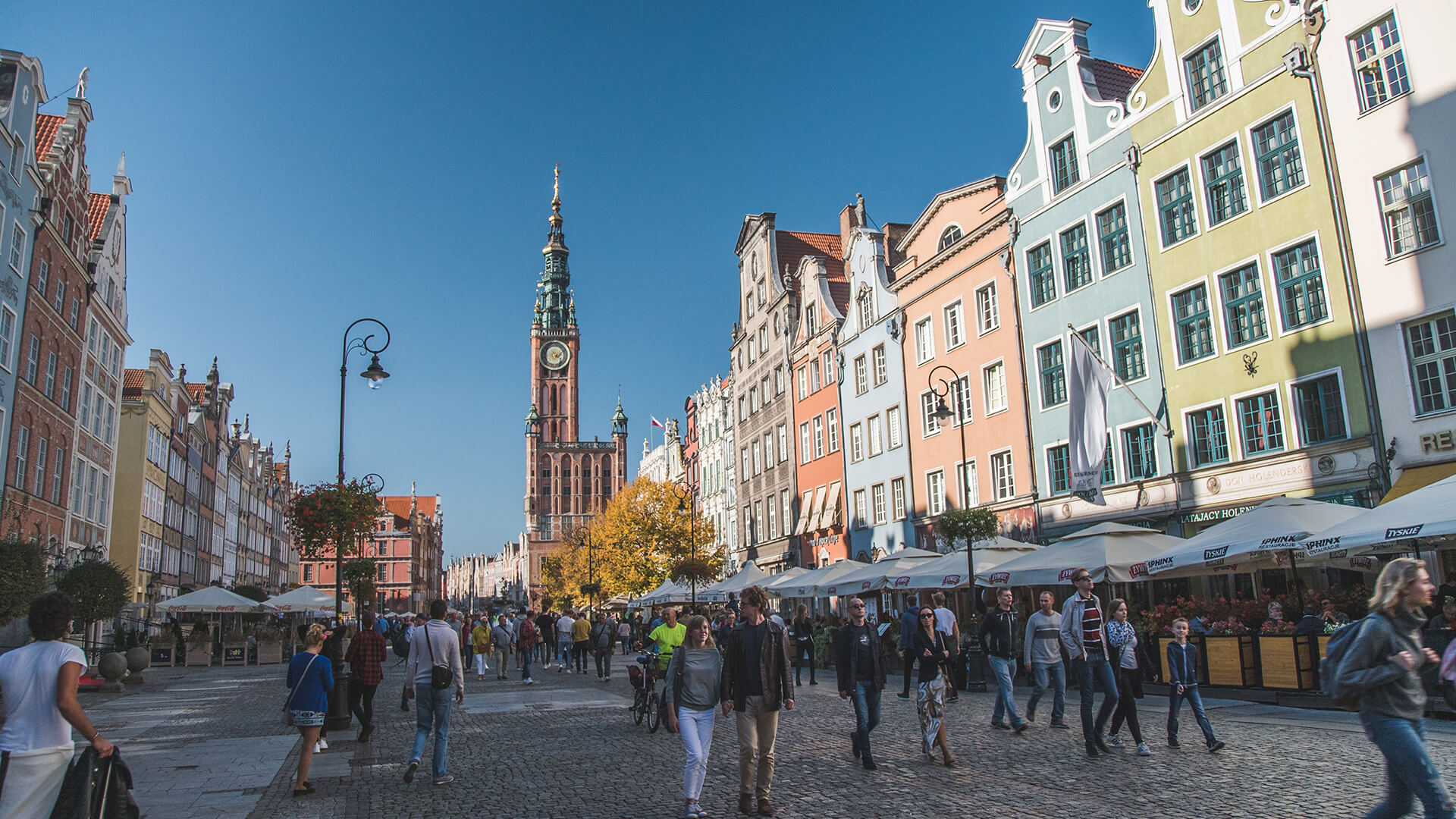 Gdansk – the Pearl of the Hanseatic League

For over 250 years Gdansk was one of the most important Hanseatic cities. In the golden age of its prosperity Gdansk was a flourishing centre of international grain and timber trade. Plenty of monuments still prove the city’s wealth including gigantic, Gothic St. Mary’s Church, the beautiful houses of the Gdansk elite, the harbor, the crane, the Fountain of Neptune and many others. Between the 1400 and 1600s Gdansk was also Poland’s largest city.

St. Mary’s church in Gdansk is built of about 5 million bricks. It is the largest brick church in the world and its grandeur outshined other St. Mary’s temples in the Hanseatic cities. The Gothic building houses the largest astronomical clock from 1470, gothic altars and other valuable monuments. 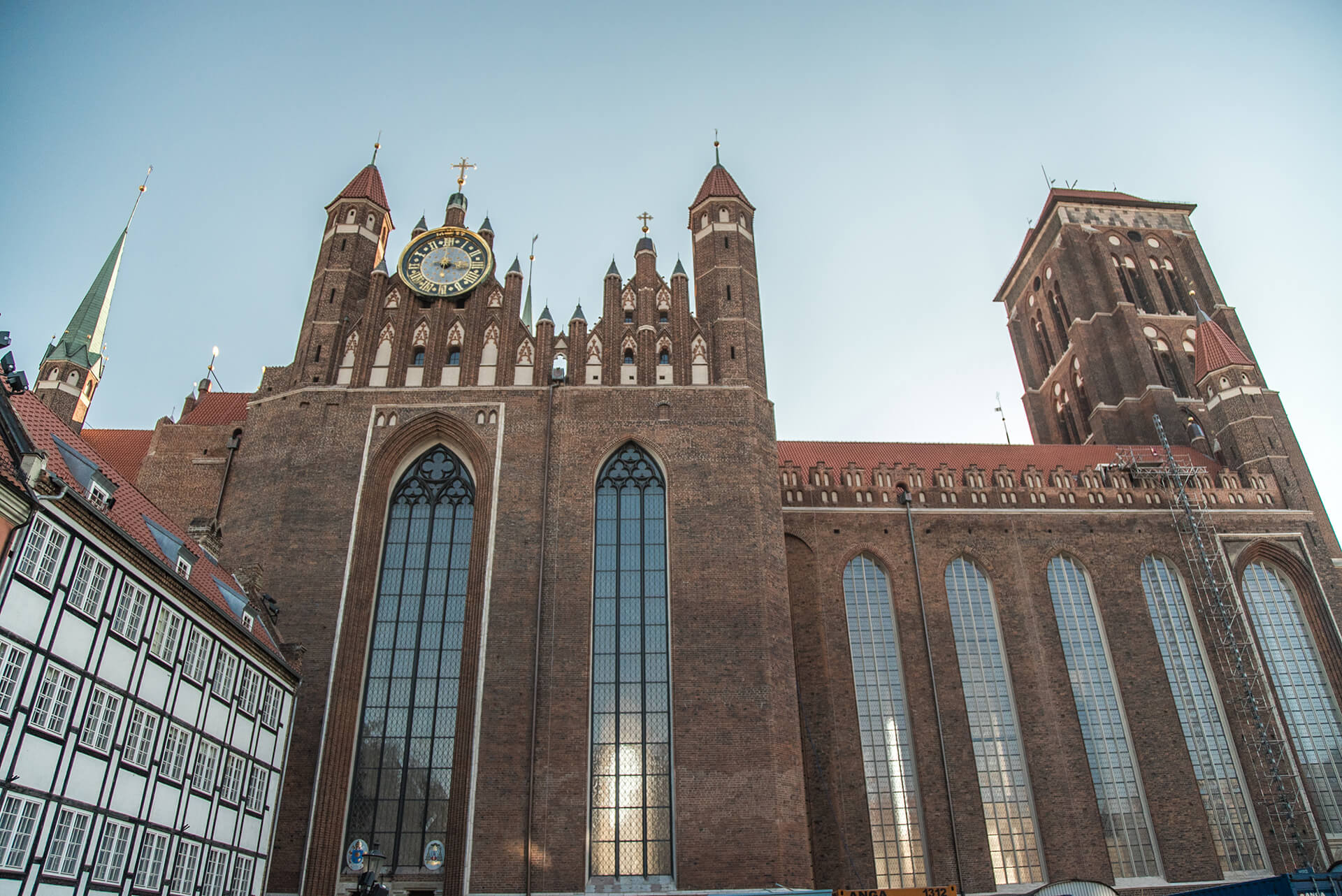 The area of Gdańsk is a historical melting pot of European cultures. During the time of religious conflicts, the region became a home for protestants from Western Europe. Refugees from the Nertherlands, Belgium, England, Germany and Scotland who fled here from prosecutions and created a multicultural society.

History of Gdansk is related to thousands immigrants from Western European who setteld here for ages. The diversity of Gdansk heritage comes not only from the western European refugees. It is also founded on the culture of local ethnic group – the Kashubians.

Did you know? In 17th century Gdansk was 6 times bigger then Warsaw.

For centuries Gdansk has been one of he biggest and most worldly Polish cities. Historically it was inhabited by a great variety of nationalities with the Dutch community being the most numerous of all. In the 16th  and 17th century Gdańsk and Amsterdam were very closely related by the wheat trade. Dutch ships imported it from Poland and in return Gdańsk was becoming more and more Dutch. A large part of houses in Gdańsk were built from Dutch bricks which were brought here as vessels’ ballast. Merchants, craftsmen, great architects, painters and sculptors from the Netherlands settled down in Gdańsk. It is thanks to them why it did not differ much from Dutch cities. This specific historic atmosphere can still be felt in the old part of Gdańsk. Luckily, many of Dutch artists’ masterpieces survived the World War II destructions. 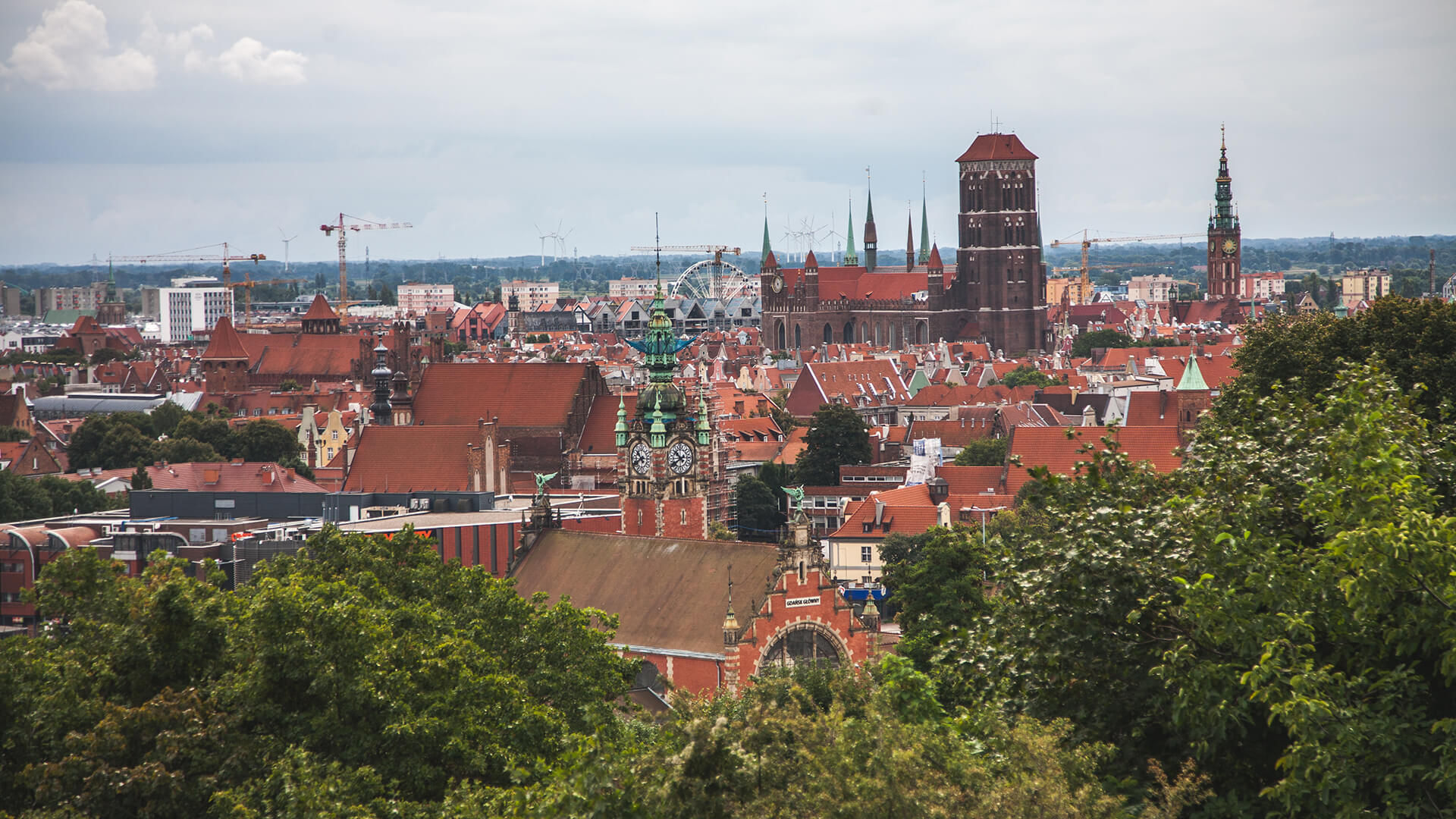 Gdańsk and Pomeranian region has always been a strategic place, a spot between the East and West of Europe. It is not without a reason why Napoleon named Gdańsk “the Gibraltar of the North”. That’s why Napoleon Bonaparte created the semi-independent Free City of Danzig/ Freie Stadt Danzig in 1807.

History of Gdansk in 19th century – Poles and Germans.

In the 19th century Pomerania and Gdańsk became a part of Prussia and later Germany. It was then one of very few regions of Germany where the Germans were a minority and the major local languages were Polish and Kashubian. Native Poles and Kashubians lived side by side with German settlers. The education and religious service were allowed in two languages until the beginning of strong Germanization of the local population. The most representative monuments in Gdańsk are the examples of architecture of the Prussian period such as fortifications, military barracks and schools.

Gdansk was a witness of some of the most crucial events in the history of Europe which either tragic or glorious changed the fate of the whole world. It was here where the Second World War broke out. But the city was also the cradle of Solidarity movement in 1980’s. Solidarity leader Lech Walesa, led to the fall of the iron curtain and liberation from communism. Gdansk was the scene of the 17th century struggle for dominance of the Baltic Sea. In 19th century Danzig experienced the Napoleonic Wars and the development of the 19th century German nationalism. In 1930’s nationalism transformed into Nazism and led to the tragic events of WWII, which left the 80% of the city razed to the ground. The traces of these events can still be seen in Gdansk.